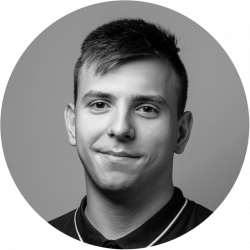 With virtual reality, people can tour major attractions, practice professional skills, perform a real-estate deal, rehearse a conference speech and much more, all from the comfort of their own home. The major assistant here is a VR headset. Over time I’ve witnessed heated debates on the topic of PC vs. standalone VR. I’ve started forming my own reasoning as to which one is the most promising.

So let me share some insights I’ve discovered and why I believe that businesses should put a focus on standalone VR app development.

Why Should You Care?

A standalone VR is a monolithic headset, with a built-in screen processor and battery, as well as several viewfinders on its body that provide stable spatial orientation and position recognition relative to the world coordinates of additional peripheral devices. It usually works in tandem with one or two controllers, each of which has 6 degrees of freedom. Some great examples are the Oculus Quest and Vive Focus platforms.

A professional PC VR requires a PC and a specially equipped premises where the act of immersion in virtual reality will take place. Among such are HTC Vive and Oculus Rift headsets. They have some great capabilities in terms of hardware. Although, in my opinion, there are a lot of wires and excess assistive devices.

VR has emerged in our life not so long ago and I believe it is far from its climax. There are a number of reasons why it is not yet sufficiently widespread.

Among such factors are the following shortcomings of the professional PC VR:

The final point is a consequence of the first two. It is the most important one. Furthermore, it sets the cyclical problems of the VR market as a whole, and as long as it is present in this list the situation will not change.

Let’s say we are the lucky owners of a professional headset. Modern versions of PC headsets Vive and Oculus cost between $500 and $2,000. So what do we get for this money?

Of course, there are applications, but we actually have not so many options. Just a few of AAA projects support VR headsets. Moreover, the number of its models compatible with such projects is often limited which narrows down the range of potential users of your content.

PC VR is positioned as a premium segment focusing on graphics, as it uses a PC graphics card to process it. Consumer expectations are respective. Developing premium applications is expensive, and applications that do not meet certain quality standards crash before release.

There are only several tens of thousands of potential users around the world. Therefore the risk of the project’s lack of return is very high. What sane publisher will invest in such a business model? The prospects are not impressive.

What is the Difference Between PC and Standalone VR Devices?

Let’s check some specific traits of different kinds of VR. 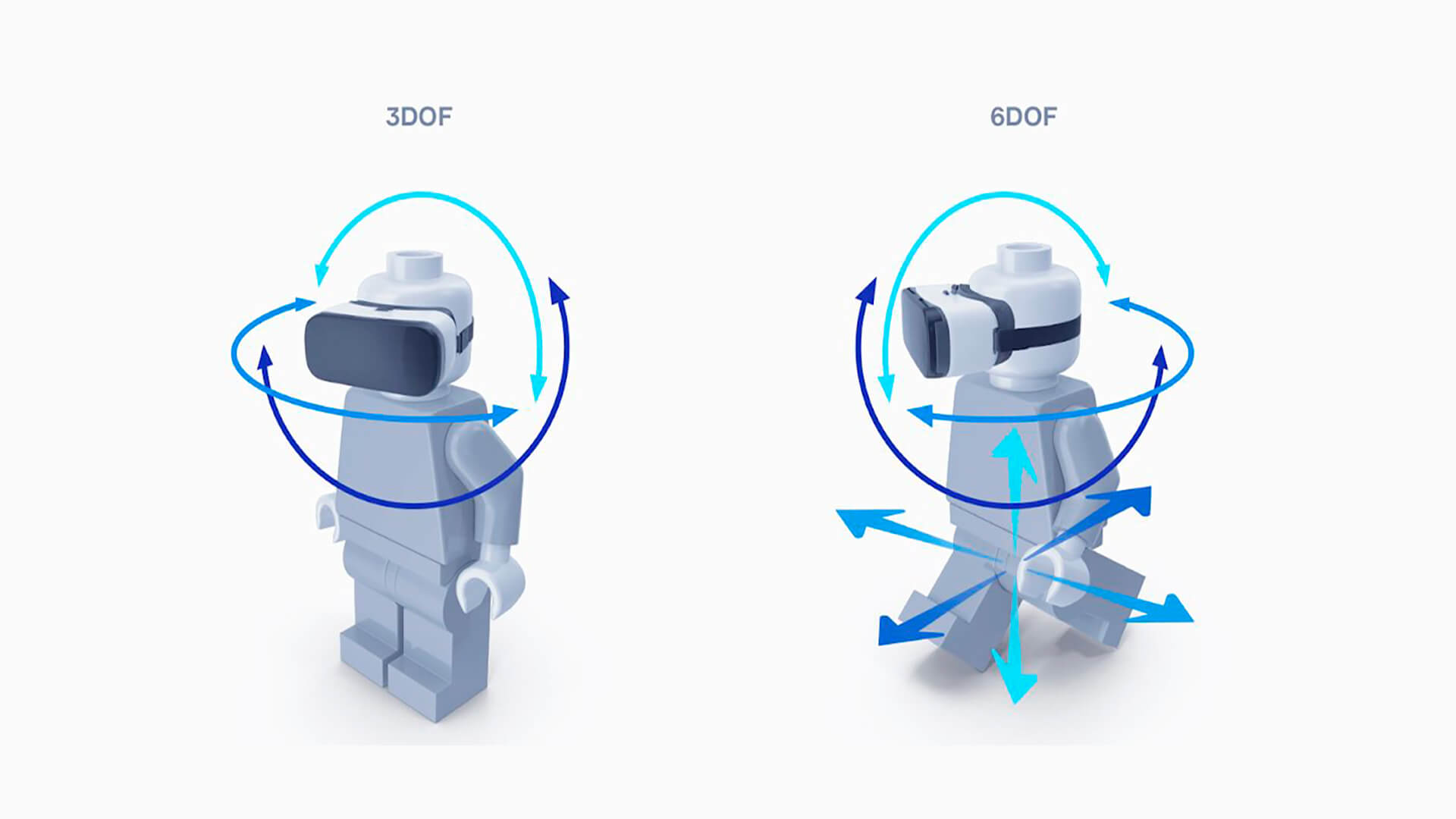 Most professional headsets and their controllers have 6 degrees of freedom. See how it works on the picture.

It means that in addition to the rotation, the controllers and the headset can transmit information about their displacement relative to world coordinates.

Oculus Quest and HTC Vive Focus can determine these 6 degrees of freedom without having to place special sensors in the room that read your location. Most PC virtual reality helmets doom their owners to place these sensors on the premises where the immersion session will take place. Therefore it’s impossible to use them outside this space.

Plus, there is a need to be tied to a computer, in most cases, this binding happens literally: with a wire! This greatly limits the ability to move around the room, causing inconvenience and discomfort. But the biggest drawback is precisely the lack of mobility, the inability to use this device without a PC. Even if we get rid of the wire and transmit the stream of information through wireless means of communication, we will nevertheless be tied to a computer, a separate device.

In our era of digital technology, it looks wild, just like a wired telephone with Internet access. On the one hand, you get excellent communication quality and access to modern technologies, on the other hand, it all makes no sense when you understand how this device limits you.

Yes, that’s a fact. A PC can render a picture of a much higher quality and better coherence, with a large number of polygons, greater shadows, post-processing, and other amenities that allow us to implement the latest gaming video cards.

Hence, if the quality of graphics in your project should be of the highest level, then definitely standalone VR is not suitable for you. And, if your top priority is user experience rather than the graphics quality, read on.

But in order to justify standalone headsets, the quality of the graphics that they can reproduce is good enough by modern standards.

In this category, we will classify the additional functions such as imitation of odors or tracking the pupils’ positions that are very rarely used even by owners of devices that have this technology. For example, HTC Vive PRO EYE worth $1,500 has special cameras that monitor the position of the pupil. Such a method of communication rarely comes in handy. Although our company has experience in developing a similar application for scientists who study brain reactions.

These devices are very expensive and aren’t very popular. So if you’re chasing a mass consumer, then you shouldn’t focus on the users of such devices.

Why Standalone VR is Beneficial?

Now, why am I saying that standalone VR has greater prospects than its big brother?

I personally developed the application for the Oculus Quest platform and I am absolutely delighted with it! The development process is not complicated at all – everything is exactly the same as for any other VR headset.

In fact, it is not much different from the PC 3D application development. The CPU power allowed us to implement all the planned graphics. It simply swallowed complex shadows and lights. Everything was just wonderful. It tracked controllers no worse than the professional Vive PRO EYE headset that costs $1,500. The number of feedback interfaces is as many as possible. On its front side, there are 4 cameras that could be used to control the hands instead of controllers. And the fingers act as keys. 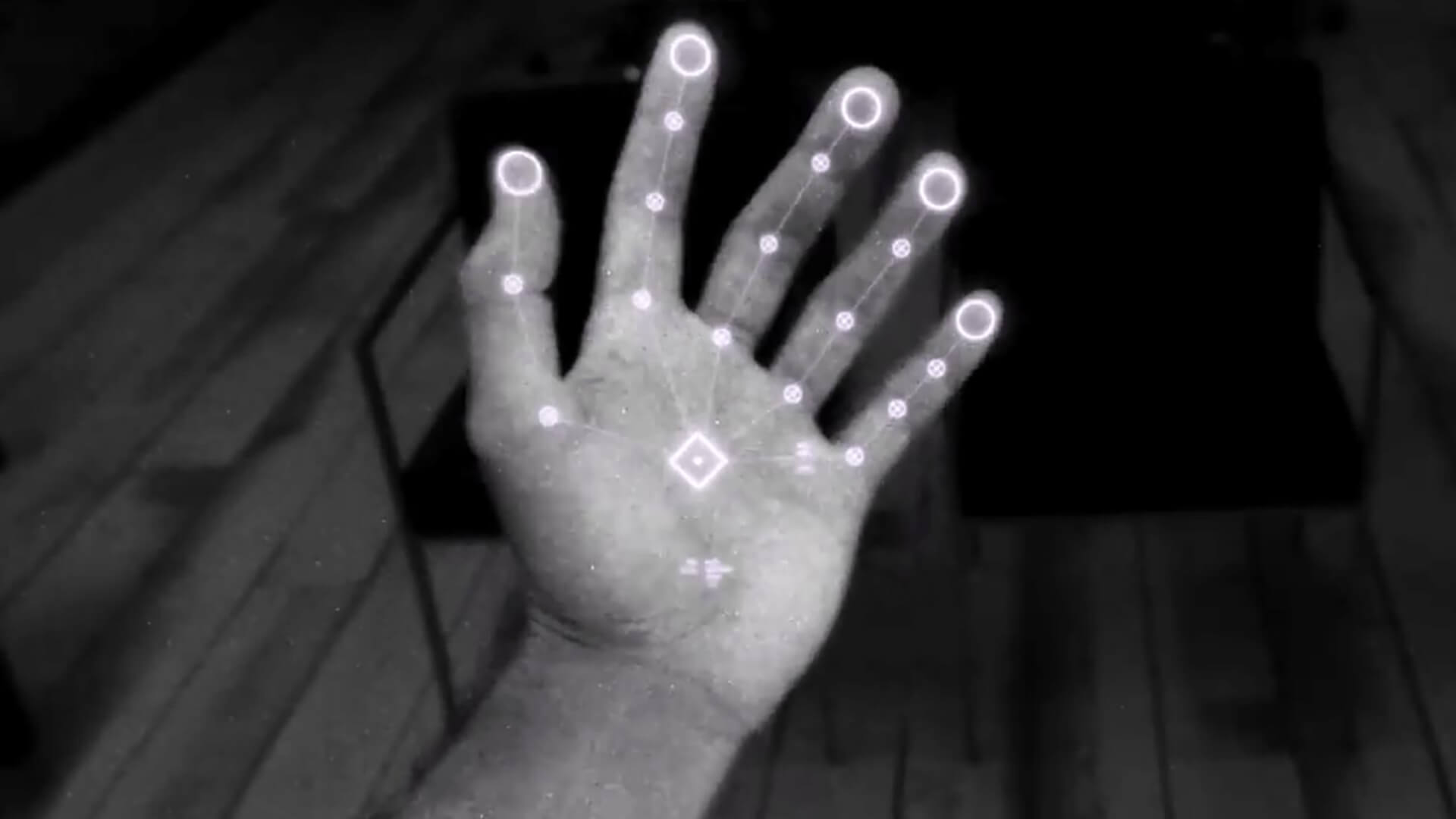 Furthermore, you can implement a certain analog of augmented reality over it. The picture received through viewfinders can also be involved in the application. You can broadcast the image from cameras and place both static and dynamic virtual objects in the room. You may interact with those objects using your hands or controllers. So I really liked this headset. Unfortunately, I didn’t have a chance to work with Vive Focus yet, but I’m sure it won’t disappoint me either.

Let’s review the starting cost of the most popular headsets at the moment.

As you can see, standalone and PC VR headsets cost about the same.

Vive Focus is more expensive than Oculus Quest. Perhaps, this is its main drawback.

Vive PRO costs a lot more than any other device but it is a very niche product. So people who really need it will pay for it. Like, for example, our customers who study brain reactions.

But standalone VR is definitely cheaper than a PC VR. In addition, for PC VR, you still need a fairly powerful computer with a graphics card worth about $1,000.

Standalone VR being convenient in everyday use may serve as a catalyst for the final transition of humankind to the era of virtual reality.

Portable VR devices have ceased to be just toys. Now the standalone headset is faster than the powerful computers of recent years. They are able to render a beautiful picture and do not need a bunch of wires to connect.

This little miracle can turn your spare moment into an exciting VR journey. It is our FORD MODEL T in the VR world, thanks to which in due time humanity has moved into the era of automobiles.

Moreover, I believe that standalone VR headsets are adapted to the modern world and there is a really bright future ahead of them. And a computer with a wire on the other end will disappear as a vestige due to the natural technological revolution in the VR world.

The future is here, just take it out of your pocket and you are ready for a journey through virtual reality!