What You Need to Know About Microsoft Hololens 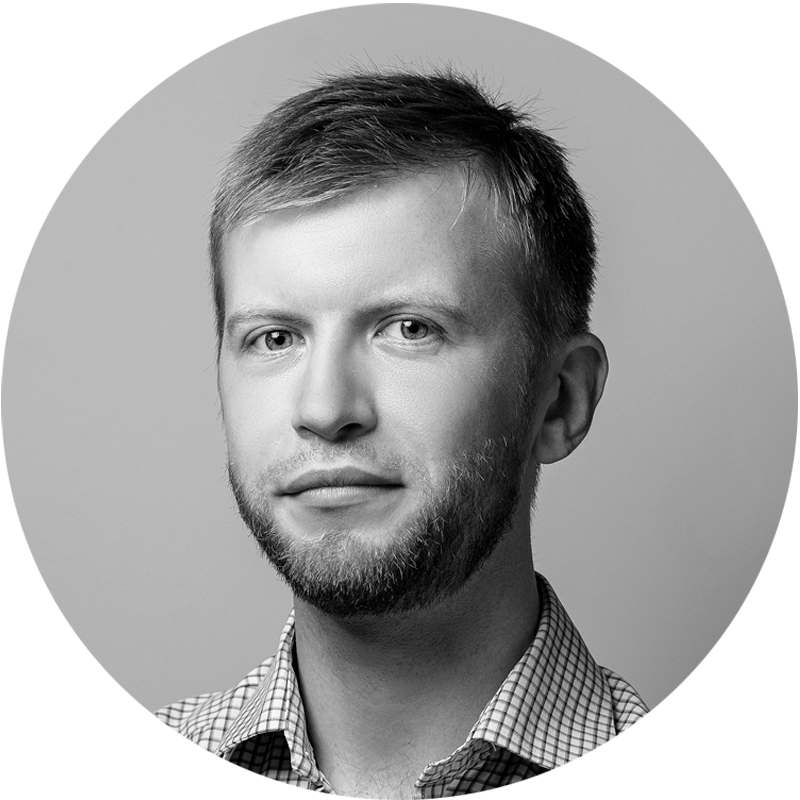 The second edition of Microsoft Hololens is already released. But let’s see in the first place what this whole technology represents and how businesses may benefit from implementing solutions for the well-known mixed reality headset.

What is Microsoft Hololens and How Does It Work?

Microsoft Hololens is an AR headset from Microsoft, which is often also called a “Mixed Reality” headset, highlighting its advanced features of interaction with augmented reality virtual content via gestures.

Microsoft Hololens lets you see the real environment around you, adding the 3D holograms to it. Users can interact with those holograms via hand gestures or voice commands. They can be animated and interactive.

The real-world light helps to create holograms in the headset. This means that white appears very bright, and black appears transparent.

There’s one aspect that needs to be taken into account while developing for Hololens – you need to replace black with gray. Also avoiding large white areas is essential since they can be overwhelming for users.

Some people wonder what is it like to use Microsoft HoloLens. Well, using this mixed reality headset is like working with holographic interfaces in the scientific movie.

What’s the Technology Behind Microsoft Hololens?

There are see-through holographic lenses in Hololens that help you to see the real world. In this case, the holograms can be displayed on top of it. Just some more light needs to be added on top of the real-world light.

Also, Hololens has 4 environment-understanding cameras that analyze the environment around you, define the surfaces and objects.

The software and algorithms of Hololens are helping it to:

Hololens is a standalone, untethered device. It has a built-in CPU and requires no connection to the PC.

What are the Specs?

There are already two models known. Each of them has its technical specifications. Let’s see what are they.

When people hear about virtual reality technologies they often project it with such names as Oculus Rift and Google Glass, frequently asking about the difference between them.

So let’s figure out what are those and how each of them distinct from others.

Oculus Rift is a VR headset, which means that everything you see in Oculus Rift is virtual, including all the environment, setting, etc.

Microsoft Hololens is an AR headset, although it’s often called a Mixed Reality headset. It differs from Oculus Rift since it lets you see your real environment, like the room you’re in. Except that it adds additional content to that environment, which Microsoft calls “holograms”.
So, with Oculus Rift you see the totally virtual world. And with Microsoft Hololens you see the improved, augmented version of the real world.

Unlike Microsoft Hololens, Google Glass is not an AR headset, but smart glasses. That means that it cannot analyze the space you’re in and position holograms in that space. It also cannot track your movement in that space. And it cannot recognize gestures.

Instead, it lets you comfortably use simple 2D apps, without taking your smartphone out of the pocket. All the controls are handled with voice commands. Google Glass is much more like a smartwatch, since it has very similar functionality, although it’s not a watch, but glasses.

It should be mentioned that Google Glass was a test project with a limited edition. Now Google has announced the release of the new, upgraded version of Google Glass for Enterprise.

The first version of Hololens was more successful than Google Glass since it found its application in Enterprise. And now Microsoft has announced the release of Hololens 2 with improvements, specifically focused on enterprise’s needs in various spheres: manufacturing, business management, construction, education, etc. Surely, both technologies will develop over time.

Google Glass is more lightweight, cheaper and simpler technology since it’s not an AR glasses. Microsoft Hololens is more bulky, much more expensive, but that’s an advanced AR glasses.

For instance, the cost differs significantly: $900 for Google Glass Enterprise Edition vs $3500 for Hololens 2.

What is the Future of Microsoft Hololens? 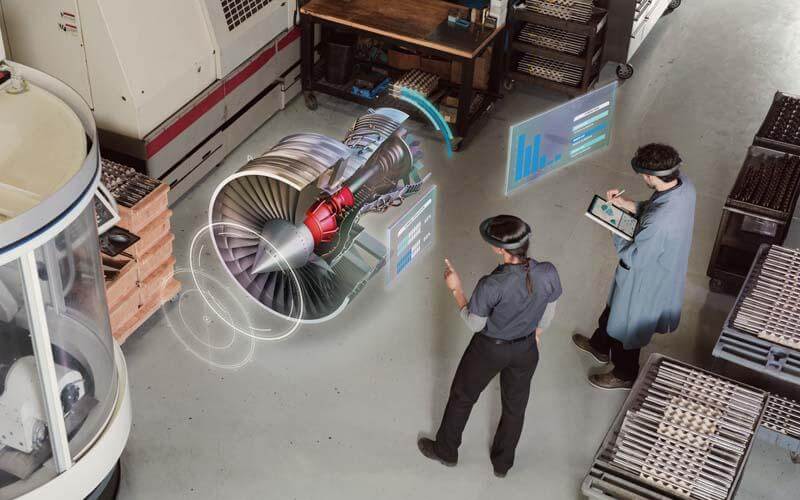 Microsoft Hololens is a promising technology with great potential. The idea behind it is really cool and it definitely has the future. Just imagine, a user can interact with holographic interfaces and 3D holograms via gestures, exactly like in the futuristic movies.

Microsoft Hololens is the first device that provides such functionality. So, the implementation is not that good yet. The main drawback is that the field of view is very small, and the resolution is poor. Nevertheless, the first version was successful. So, the second edition will soon be released and it should resolve the issue by having a much better field of view and resolution.

Here are the Microsoft Hololens 2 benefits over the first version:

The technology is now targeted at the enterprise. Especially taking into account its price mentioned above which is too much for the mass audience. Microsoft Hololens can be used for manufacturing, education, business planning, and other business cases.

I believe that first there’ll be a number of releases for enterprise with quality becoming better and better. And then the versions for home use will appear, which will be less powerful but at affordable prices. If Microsoft doesn’t make the version for home use, then someone else will.

By the way, there are a lot of rumors that Apple is working on its AR headset. So we’ll see who’ll be the first to release the mass-market AR glasses.

In the future, similar technology can replace even computer monitors. However, for now, Microsoft Hololens is too expensive, not as powerful as PCs and it’s not ready for replacing the computer monitors from user experience yet.

What are the Possible Applications of Hololens in Business?

The best applications are the ones where you need to switch between the real world and virtual information constantly and more easily. So, let’s see where Hololens can make the most spectacular impact:

You move freely around the factory, see how all processes are going and can compare it to the information shown to you through the holograms. Additionally, combined with IoT Hololens can show you the stats or info from the nearest factory devices. All this can increase the productivity and speed of employee’s reactions.

You can talk to other participants of the meeting and collectively see the plan as a hologram, interact with it, move the blocks, etc.

You can work on 3D design collaboratively with others, look through the parts of it, scale, add notes or information, look into the details.

Hololens is already used for surgeries and invasive procedures. It can show the physicians’ data from X-ray, ultrasound, and other sources. This extended information describes a patient’s state and helps to make better decisions.

The technology is impressive and with a lot of improvements ahead.

Through a mixed reality headset, we will be able to experience the world we have yet to imagine. Our everyday life may be transformed in endless ways. There are already use cases among existing enterprises that prove the efficiency of this technology by cutting the time and cost of certain business processes.

Contents
BusinessMixed Reality
12
Previous Article
How to Prepare and Guide Employees for VR Training?
Next Article
How to Improve Learning Speed and Quality Using a New Strategy Enhanced by Innovative Technologies
12
Share